Google is rolling out a new feature to its Chrome 88 update, that will help users to check for the weak passwords. As users store their passwords to the web browsers for easy access, it is very important that the passwords are strong and not be a part of any breach.

Concerning that, Chrome added a new feature that warns users of the weak passwords, helps them check and fix them.

However, this feature was already introduced in Chrome’s canary in December, as an experimental chrome flag named “Passwords weakness check“.

Google has now released its Chrome 88 update on 19th January 2021, to the Stable desktop channel. The new update will include various improved security features, removal of Adobe Flash Player, dark mode as well as weak passwords.

The new feature will be available to Chrome users within the coming weeks, after they update to the 88 version.

Users of Windows, Mac, and Linux can upgrade to Chrome 88 via the settings as:

Chrome will now check for available updates and install it.

As we are very well aware of Chrome’s built-in password manager tool. This helps users to store, fill and manage the passwords. However, we don’t have a tendency to change our passwords frequently or give a security check for the accounts which we don’t need further. These can create security loopholes which cyber-criminals often take advantage of.

So, Chrome, will now help you to find weak passwords and let you change them. It will also suggest stronger passwords which will be generated on that time and you can store them.

“We’ve all had moments where we’ve rushed to set up a new login, choosing a simple ‘name-of-your-pet’ password to get set up quickly,” said Ali Sarraf, the product manager chrome.

“However, weak passwords expose you to security risks and should be avoided. In Chrome 88, you can now complete a simple check to identify any weak passwords and take action easily, also added.”

To check for weak passwords use need to go to password safety check: 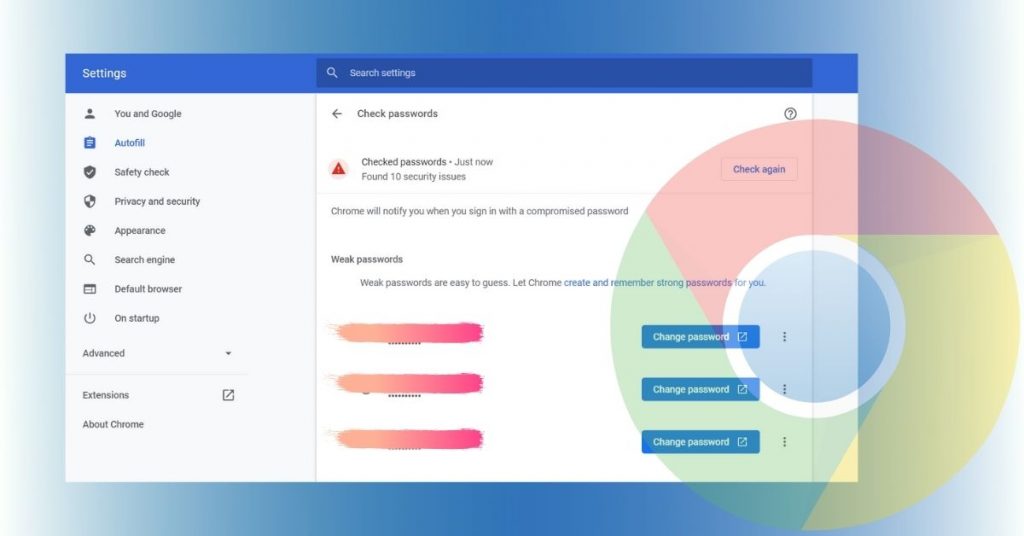 By clicking on the “Check Now” button, chrome will start scanning for weak passwords stored on the browser. If found, it will show you. Now you can review it by clicking on the “Review” button. It will also allow you to change the passwords to a new stronger one.

Additionally, Chrome will also warn users, if any of your passwords has been compromised in a data breach. This alert will appear while logging in to the sites.

“Chrome’s Safety Check is used 14 million times every week,” Sarraf added. “As a result of Safety Check and other improvements launched in 2020, we’ve seen a 37% reduction in compromised credentials stored in Chrome.”

You can expect this feature in coming weeks, so do upgrade your Chrome to latest version.