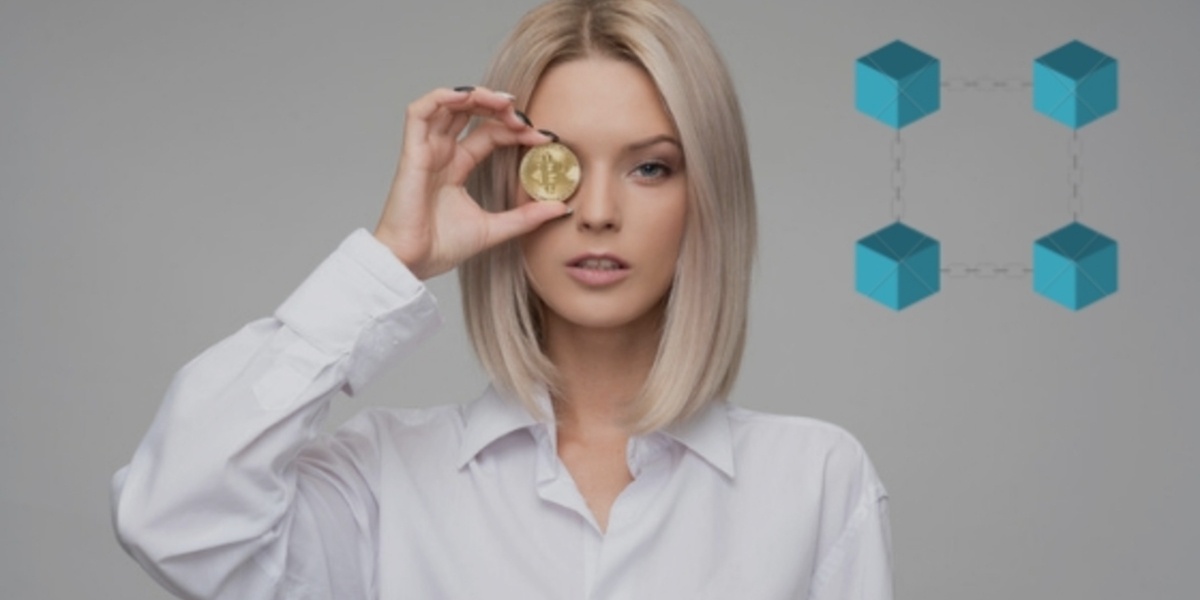 Blockchains are the most talked and debated term nowadays. But what is the Blockchain all about? Some say it like a new internet or some define it as the aspect of crypto-currency. Well yes it is, but blockchains are far more than that and is not only now defining the digital currency and has the potential to transform the whole digital world. The implementation of Blockchain technology is not restricted to bitcoins or cryptocurrencies.

As this technology has evolved, its applications are contributing a lot to various field from from governance to financial. Helping the sectors to form a less tampered and secure systems. But how?

To know this you first need to understand what this technology is all about. And what are its key aspects.

So, lets, began with understanding what actually a Blockchain is…

What is Blockchain Technology?

As the name suggest Block and chain … So it won’t be wrong if i say, it is a chain of blocks. In digital world the block contains the data and information. 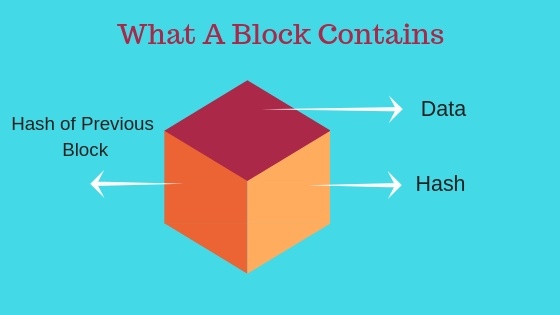 Here this is block, it contains data, hash of the block and also it contains the hash for its previous block liked to the chain. Hence, the information of the blocks and connected to another block containing the hashes of its previous block. Thus, it is impossible to tamper the chain in the middle. So, once data is added to the block it is nearly impossible to change/modify it, doing so you need to change the entire Blockchain.

A blockchain is thus like a digital ledger that stores information about the digital transaction like bitcoins cryptographically.

As defined by wikipedia:

“A blockchain is a growing list of records, called blocks, which are linked using cryptography.Each block contains a cryptographic hash of the previous block, a timestamp, and transaction data.”

Blockchain technology was first originated in 1991 that was used to timestamp the digital documents. To avoid them being tampered or backdate. Just like a notary. But was adapted in 2009 by Satoshi Nakamoto, and is known as the creator of Blockchain. It was created to give a decentralized transaction ledger for its first cryptocurrency-Bitcoin.

But the researches then found a great potential to this technology and found that this can truly bring a change to various industries. The key aspect of Blockchain technology make it a secure, democratic, immutable and transparent.

Now you may have a question, how this can be used to perform transaction or exchange digital currency.

Suppose a Blockchain of Bitcoin transaction

What information it will store?

It will have the information of the sender, receiver and the amount of coins being exchanged. Apart from this the block contains a unique hash to define a block. Like its own identity..

When a block is created it gets a unique hash. And any modification or change to the block will eventually change the hash of the block. Thus, the whole identity of the block changes. Now the next block in the chain contains the hash of the previous block. This forms a chain of blocks and makes it secure to break.

Have a look at this diagram: 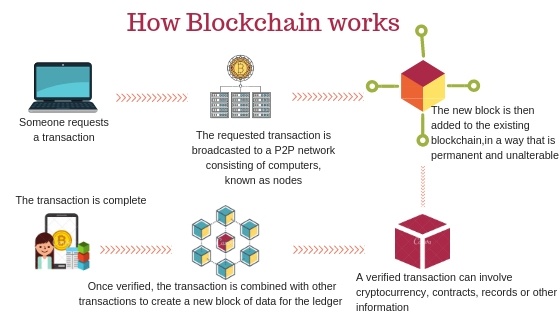 A blockchain is a decentralized form of technology where it forms a distributed network which is shared by each nodes through peer-to-peer network. Rather than a centralized unit managing it. Anyone can wish to join the blockchain. The new joiner will have the full access to the entire blockchain. The new user is verified by the nodes.
Suppose you create a new block. After creating a block, it send to everyone connected to the network. Each of the them verifies the new block , if it is tampered or not. After validating, if the new block is valid then it gets added to each of the blockchains. Means all the nodes within the shared network consensus among themselves and agrees that the new block is valid.

If they found the block to be tampered, then it will be rejected by the nodes of the network. This makes the blockchain a robust technology. If you need to tamper a block, then you will have to tamper the whole blockchain which is nearly impossible.

When it comes to the Blockchain, in my point of view is an important aspect, as the data in the blockchain are stored in the form of blocks which is secured with unique cryptography as hash. And each block contains the hash for its own block and its previous block, making it a chain which is impossible to break. Any change in a block will change the hash for the entire blockchain immediately.

As explained earlier, when a new block is created, all the members of the network validates it, if the user and the transaction status is valid then only the block is added to the existing transaction Blockchain, otherwise it is rejected. And once the transaction is validated it gets stored permanently along with other data blocks in the Blockchain which cannot be changed or altered.

In banking systems or even online transactions, they are all centralized systems that is managed by a third-party. But in case of Blockchain, each blocks is secured by unique hash. In a bitcoin transaction the user can access their account using private/public keys. A bitcoin user can carry out the transaction using its private key only, while the merchant gives its public key for the consumer to receive the bitcoin.

Once the user is verified, the requested transaction block is added to the blockchain permanently. So, your information is protected. Also, in centralized system, the data is stored on a network, that can be attacked by a hacker or so, but a Blockchain is a p2p network that consists of various devices and computers, so it is tough to be attacked.

Now as you know the basics of Blockchain technology and its key features, so you can understand the potential and applications of it. This technology is constantly evolving and is being implicated in various fields making secure online transactions, managing end-to-end supply chain and the most recent one is smart contracts. The immutable fact of the Blockchain is grabbing a lot of interest in people, business and researchers. It is not so far that blockchain will be used in various fields like Medical, banking, notary and governance.

We will explore more about Blockchains in the next topic. Hope you like the reading and subscribe to our newsletter for quick updates.